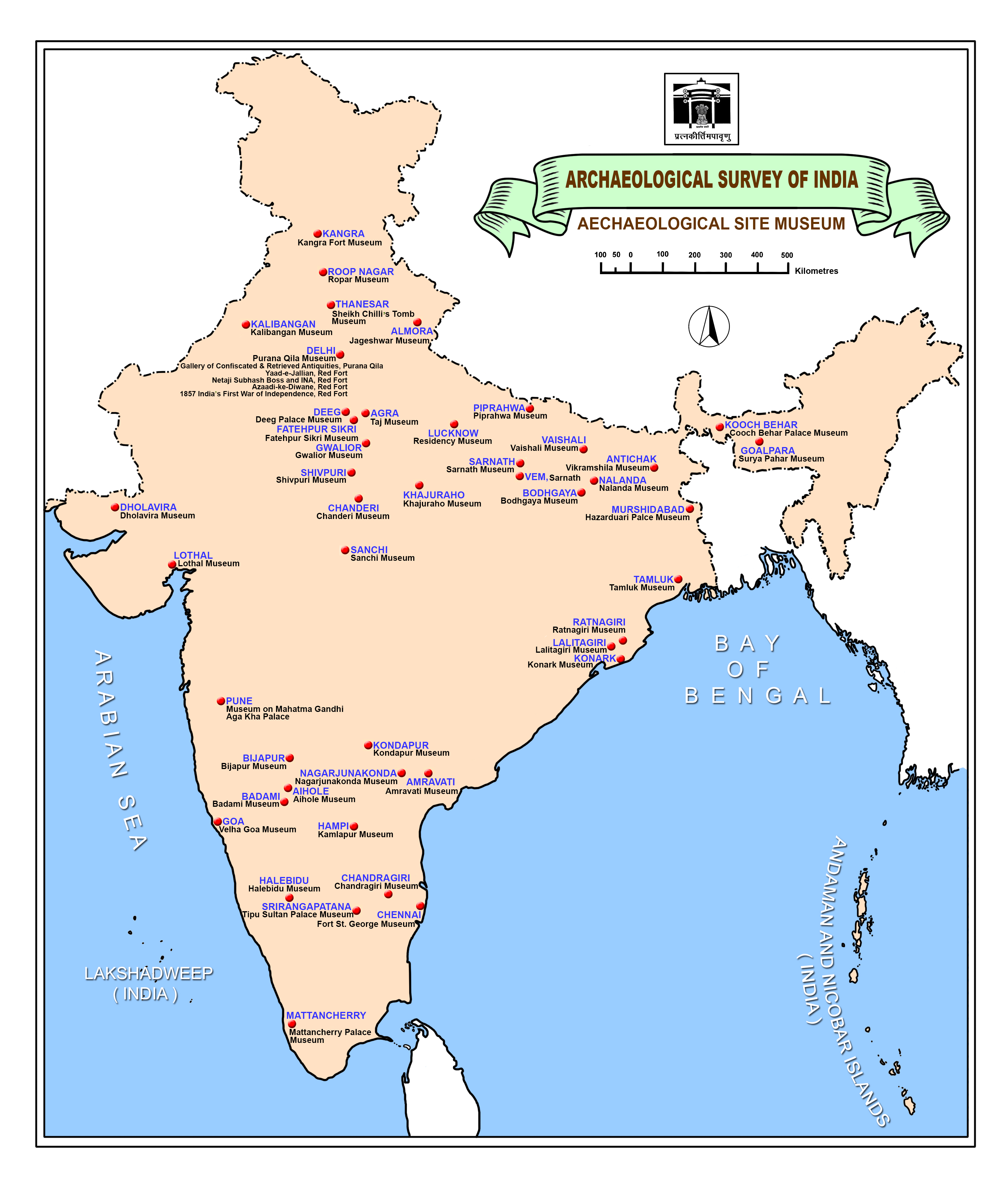 The concept of museums in India may be traced back to the historic times, in which references to the chitrasala (picture gallery) do occur. However, in India, the museum movement post-dates the similar developments that occurred in Europe.

The earliest necessity to house objects of antiquarian remains dates back to late 1796 CE when the Asiatic Society of Bengal felt the need to house the enormous collection of archaeological, ethnological, geological, zoological pursuits. However, the first museum by them was started in 1814. The nucleus of this Asiatic Society Museum later provided the Indian Museum, Calcutta.

In Archaeological Survey of India (ASI) also, due to the various explorative investigations that was initiated since the times of its first Director-General, Alexander Cunningham, vast quantity of antiquarian remains were collected. The idea of archaeological site museums was further initiated by the then Director-General Sir John Marshall who conceptualized the establishment of archaeological site museums under the Archaeological Survey of India in 1905 to display excavated antiquities in the close vicinity of their provenance to empower visitors with comprehensive vision of the site, its context and treasures so that the site as well as the artefacts can be evaluated holistically.

The concept of site museums is well elucidated by Hargreaves, one of the former Director Generals of ASI – ‘it has been the policy of the Government of India to keep the small and movable antiquities, recovered from the ancient sites, in close association with the remains to which they belong, so that they may be studied amid their natural surroundings and not lose focus by being transported’. A separate Museums Branch in ASI was created in 1946 by Sir Mortimer Wheeler. After the independence, there was a spurt in the growth of site museums in ASI.

After present, there are forty-six (46) Archaeological museums spreading over the length and breadth of India i.e. Kangra (Himachal Pradesh) in the north to Mattancherry Palace (Kerala) in the south and Sri Surya Pahar (Goalpara, Assam) in the east to Dholavira (Kachchh, Gujarat) in the west.

Museums around the world are transforming and striving to innovate and remain socially relevant. Archaeological museums face a new challenge; while they must provide excellent facilities for safekeeping of the vast remains of excavated objects and fragments from the adjacent sites, they should also present collections to people in the context of the site and are interesting and engaging for visitors.

Keeping the present scenario in mind, most of the Archaeological museums have now been up-graded in terms of general layout, gallery plans, information/ interpretative panels, lighting, disable-friendly environment, etc. In order to nurture best practices in archaeological museums, guidelines have also been formulated in 2013. These guidelines were prepared to monitor museum development and management in all its major spheres of activity and to fund research, conservation, interpretation, and visitor services and setting-up of efficient management structures.