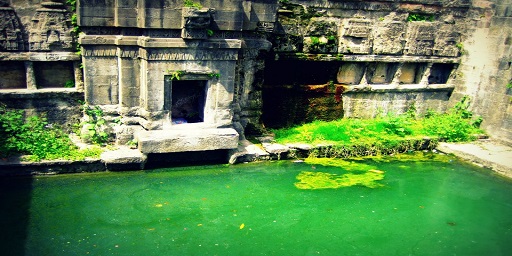 The fort, also known as Nagarkot or Kot Kangra is situated to the south-west of the old Kangra town and built atop the precipitous hill on the confluence of the Banganga and Patalganga rivers which together serve as the moat for the fort. The antiquity of the fort is traced back to a much earlier period. The earliest extant remains inside the fort are Jaina and Brahmanical temples which would be assigned to circa ninth-tenth century A.D. In the annals of history its earliest reference dates from the time of its invasions by Mahmud Ghazni in A.D. 1009. It was captured by Muhammad Tughluq and his successor Firuz Shah Tughluq in A.D. 1337 and A.D. 1351 respectively.

Kangra, overlooking the Banganga and Manjhi rivers, was the capital of ‘Trigatra’ land of Raja Bhum Chand, the progenitor of a line of 500 kings. Fort of Kangra was so famous for the storage of riches that Mahmud Gaznavi in his fourth expedition to India defeated Punjab and directly came to Kangra in A.D. 1009. The colossal buildings, once a challenge to monarchs, have been reduced to ruins especially after the earthquake of 1905. The entrance to the fort is guarded by a large gate of thick wooden planks fuxed on the hinges of an arch constructed with sand stones. It is almost 15 feet in eight. It is named as Ranjit Singh Gate. A moat cut into rocks, connecting Banganga and Manjhi rivers separates the fort from the outside world.