Important Discoveries in the recent past Orissa

This set of three copper- plates, now preserved at Orissa State Archaeology Musuem in Bhubaneswar, is in Sanskrit language and Southern characters. It belongs to the Svetaka Ganga king Anantavarman (c. 8th century A.D.). It was issued from the capital town of Svetaka. It records the gift of four plots of land together with homestead lands situated in the north-west of the village Bhullavanika in the Hemvakamatamva-vishaya to four brahmanas, Vinayakasvami, Narayanasvami, Dugurllasvami and Sarvvasvami belonging to different gotras. 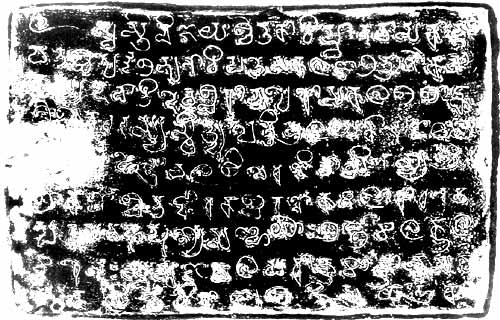 This stone inscription, now preserved in the Udayagiri excavation site store-house, is in Sanskrit language and Eastern characters of the 8th – 9th century A.D. It refers to the Bhauma-Kara king Subhakaradeva and his queen (name not clear) and contains the Buddist creed Ye dharm’ hetu prabhava . . . . etc. and Dharani.