Important Discoveries in the recent past Gujarat

This inscription, engraved on a marble stone fixed in a pillared mandapa is in Sanskrit language and Nagari script. It is dated in Vikrama 1466 (1410 A.D.). It belongs to the reign of Muzaffar Shah of Ahmedabad and records the construction of a beautiful well by Sahadeva Prabhu and his wife Sadhu for the merit of their deceased son Asachandra. The genealogy of Sahadeva Prabhu is given and the well is described at length in this record.

This inscription, engraved on a hero-stone standing under a chhatri within the Gayatri temple complex, is written in a mixture of Sanskrit and local dialect. It is dated in Vikrama 1728 (1671 A.D.) and Vikrama 1765 (1708 A.D.). It records the death of Maharana Sri Jagamalaji on the first date and probably the erection of the hero-stone by Vaghela Asogi, son on Vaghela Samantaji on the second date. 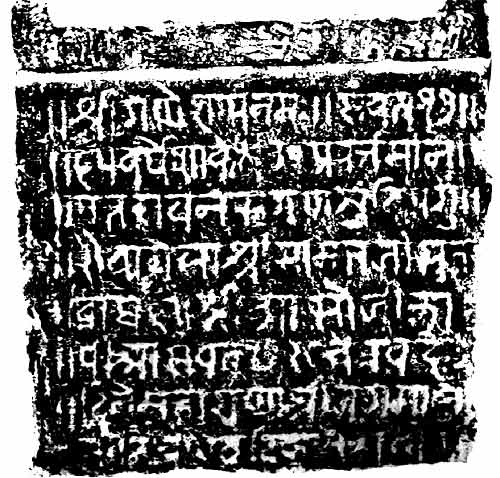 This inscription, engraved on a marble stone in side the step-well called Bahu-ka-vav, is written in Sanskrit and Gujarati languages and Nagari characters. It is dated in Vikrama 1763 (1706 A.D.) It belongs to the reign of Maharana Sesamalaji of the Vaghela family.

The first part of this record consisting lines 1 to 15 in Sanskrit language gives the genealogy of the ruler and records that his mother Gauramji erected the step-well at Gamgapura (i.e. Gamgad) for her own merit. The second part in Gujarati language (lines 16 to 26) contains the same details as in the Sanskrit version. 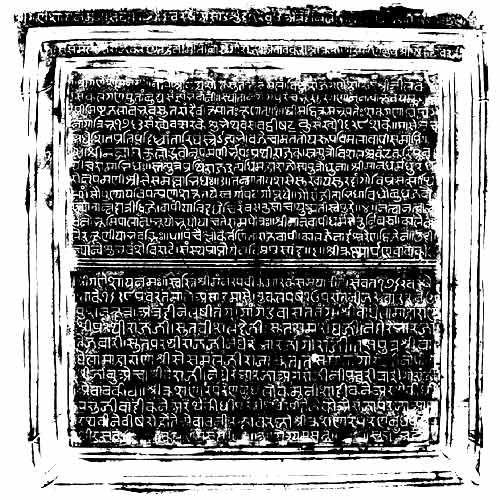