Important Discoveries in the recent past
Andhra Pradesh

This inscription, engraved on a stone slab is in Prakrit language and Brahmi characters of about the 2nd century A.D. Originally it is from Takkellapadu, Guntur Taluk and District, now preserved in the A.P. State Archaeology Museum at Guntur. It refers to a vihara (name not clear) and records gift of lands measured in terms of nivartanas and 500 cows by a ruler. Mentions karshapanas and 1000 puranas in the same context. Also records some land grants by a certain mahatalavara (name not clear) together with wife, son and grand-daughter to the students of Buddhism belonging to the Ayira-samgha at Povasela (Skt. Purvasaila). 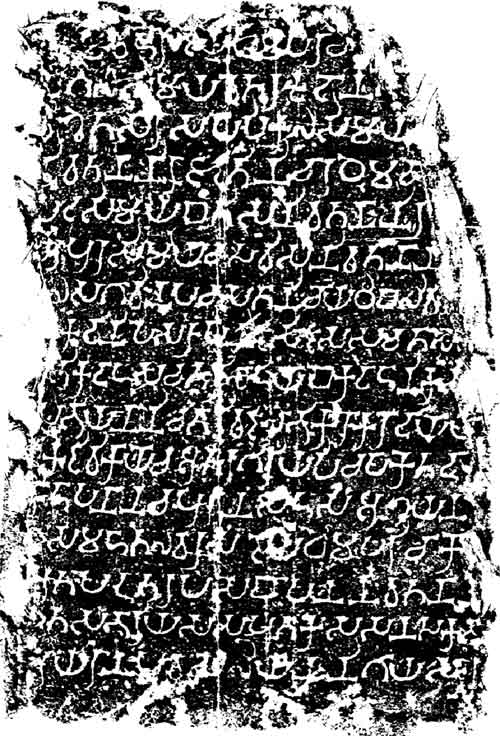 This inscription partly damaged and engraved on a slab lying in the premises of the Trikutesvara temple is written in Prakrit language and Brahmi characters of 2nd – 3rd century A.D. It states that a pillar (thamba) and an umbrella (chhathu) were donated to the Ariya-samgha by a certain [A]nhaka together with his wife, his son and other members of his family. The donor is described as the worshipper of Sidhanta (Siddhartha i.e. Buddha) and belonging to a certain family (tiya-kulikasa), the name of which is not clear. 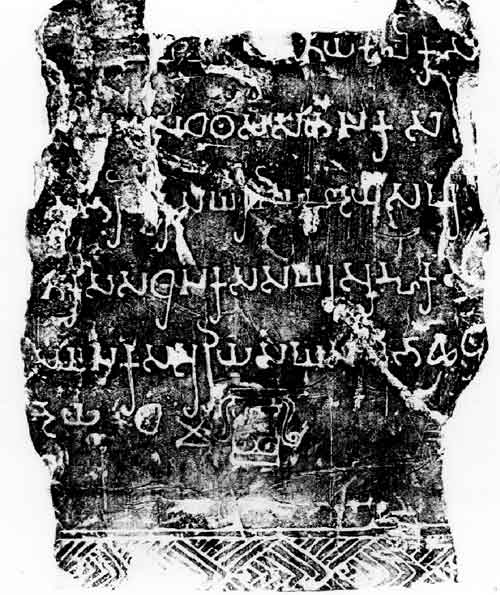 This pillar inscription in Prakrit language and Brahmi characters of the 2nd – 3rd century A.D., brought to light during the excavation by the State Department of Archaeology and Museums, is now preserved in their store-house at Phanigiri. It records the installation of a chakra (Dharmachakra) at Sadhivihara (name of a monastery) and also registers a number of gifts in the form of land, cows, etc., by Vinayadhara Dhammasena along with his elder brothers named Budhisiri and Dhammasiri, certain other members of the family, friends and relatives. Further, it records the gift of 4 kahapana (gold coins) probably for a perpetual lamp by monks (bhikhusamgha). And it also refers to a Mahanavakammika (chief superintendent of works), a Mahadandanayaka and an achariya (sculptor).

This pillar inscription in Sanskrit and Prakrit languages and Brahmi characters of the 4th century A.D. is now preserved in the above mentioned store-house at Phanigiri. It belongs to the Ikshvaku king Rudrapurushadatta and was issued in his 18th regnal year. The inscription contains four verses in adoration of Lord Buddha. The discovery of this inscription is important for the history of Ikshvaku dynasty, as the regnal year mentioned in this inscription extends the reigning period of the king by seven years i.e., from 11th to 18th year. This inscription records the erection of a pillar containing the Dharmachakra by the Chief Physician (aggrabhishaja) of the king. 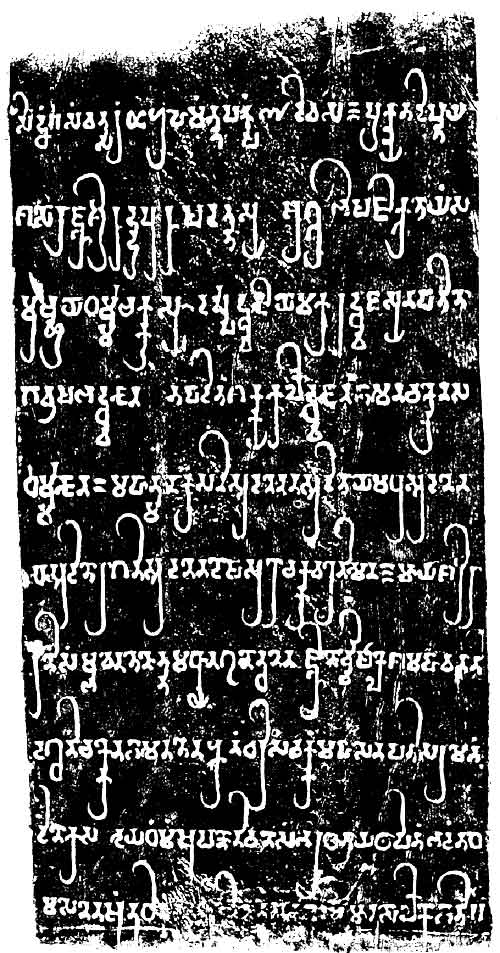 This fragmentary inscription in Brahmi characters of about the 4th century A.D., engraved below a pair of foot-prints is now preserved in the store-house of the State Department of Archaeology and Musuems at Phanigiri. It records the gift of the pair of foot-prints by Bodhaka, grandson of a venerable person (bhayanta) whose name is not clear. 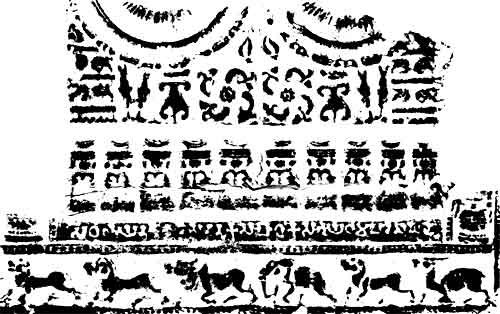 This inscription, engraved on a stone slab kept in between two big pillars outside the village, is in Telugu language and characters. It is dated in Saka 1340 (1418 A.D.) and refers to the king Phirojashah Sultan. It records the construction of a step-well (nadabavi) with provision of water-drawing-device (etamu) in the Telumganapura by Nagoju and Layyaloju, descendants of Visvakarmarishi and Vallabhoju. It further records the gift of a mango-garden situated on the north side of a tank by Nagoju. Also records the presentation of a golden chain and a medal to Phirojashah Sultan (Suratrana) by Layyaloju.

This Telugu inscription engraved on the right side wall of the galigopuram of the Kasivisvanathasvami temple, belongs to Velugoti chief, Baagaruyachama Nayaka [II]. It is dated in Saka 1696 (1774 A.D.) and records the construction of a temple consisting of gopura, prakara, mandapas and dhvajastambha by the chief. Also records the consecration of the image of Kasivisvanathasvami on the south bank of his capital Venkatagiri and donation of the village Chimttagunta situated on the north side of Venkatagiri as sarvamanya to the god.